The Joy of Looking: Finding Genealogical Data in Unlikely Places 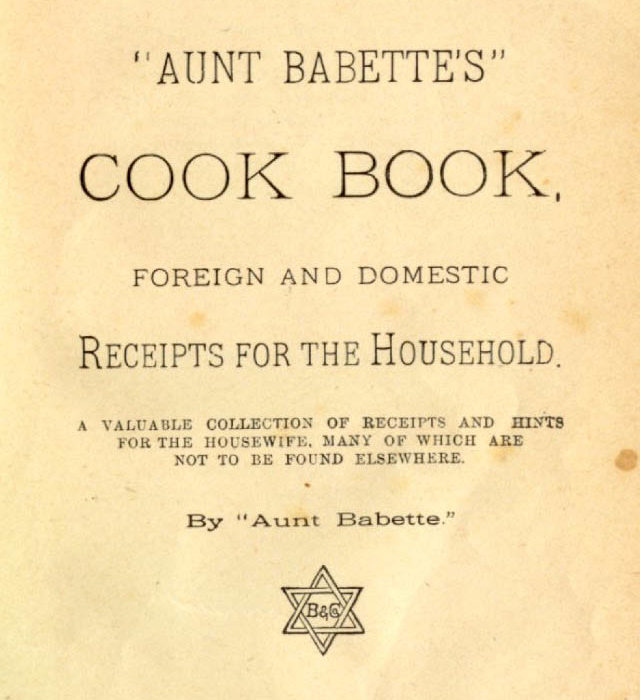 I was recently browsing Michigan State University’s digital collections and I stumbled upon a collection of digitized historic cookbooks. I enjoyed looking through them and reading about such mouth-watering delicacies as Mock Turtle-Calf’s Head Soup that only has three ingredients: calf’s head, pigs feet, and water. I also found an article about the effects of alcohol on the body according to Food and Cookery for the Sick and Convalescent.

The The Good Housekeeper book from 1839 has a passage that talks about how it is okay for me to eat a lot of chocolate as long as I remain “phlegmatic” and “active” as I get older in my life.

One particular book that caught my attention was the Aunt Babette’s Cook Book from 1889. Near the front of the book there is a blank page titled “Memorandum’ that was full of handwritten names, anniversaries, and birth dates. 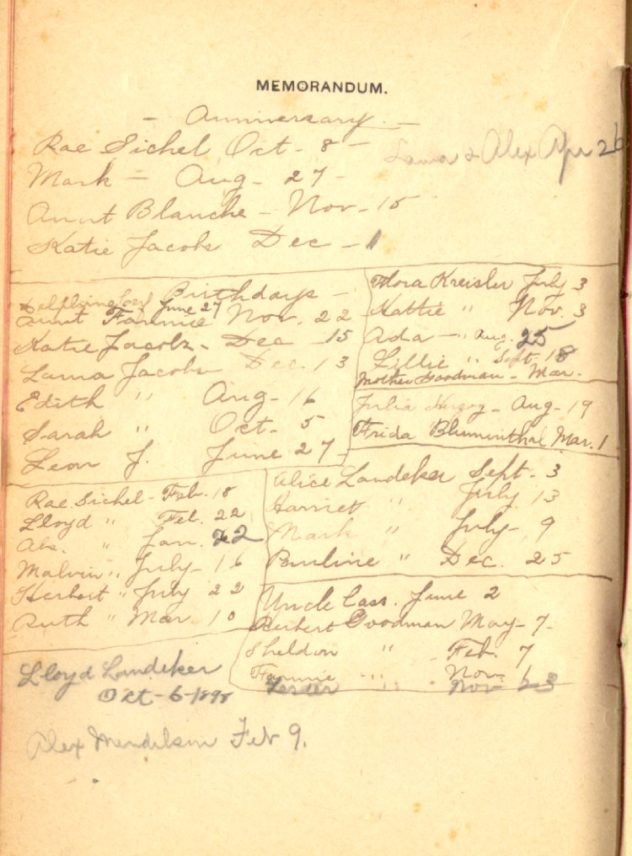 Sure, most genealogists have seen dates recorded in a family bible. But I’ve never seen this before in a cookbook. From the first page, I found that this copy of the book belonged to Fannie Goodman. She probably got the book around 1 November 1897, the date inscribed under her name.

Other pages throughout the book have her handwritten recipes, including her version of Shrimp and Tomato Timbles (probably referring to Timbales), as well as many desserts including Orange Pie, Sponge Cake, Honey Cakes, Layer Cakes, Carmel Filling, Kuchen, Brown Sugar Cookies, Molasses Cake, and Chocolate Cake. These mostly look like modern recipes except that the cooking times and temperatures are really vague. In some cases, the cooking part of the recipe just says the phrase “bake until brown.” This is because back then most ovens didn’t have precise thermostats or temperature controls.

In the last section that gives instructions on creating a family medicine case, she wrote and inventory of things the family either needed or just had on hand. The list included things that would be unheard of keeping in the house (let alone use as medicine) today, including lead (flake white) and mercury! 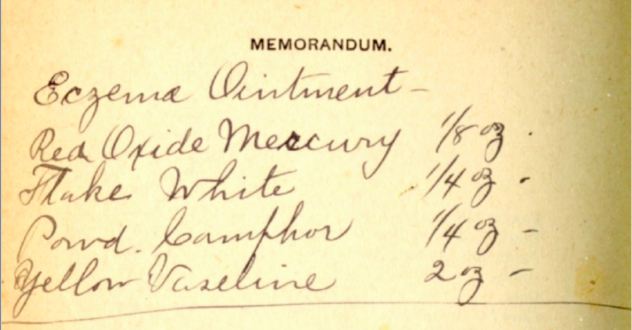 I was interested in learning more about Fannie and her family, so I tried to use this information on the pages to see if I could find out more about her life. On the page of birth dates and anniversaries, there were very few years written down. In fact, the only person who had a complete date next to their name was Lloyd Landeker, born 8 October 1898. Some searching quickly led me to his World War I draft registration card, which showed he lived in Chicago, Cook County, Illinois. Using these more precise dates and locations, I then found transcriptions of his birth and death records.

Further down on the page, there was also a section for a Goodman family, including an entry for Fannie Goodman, who was born on November 1st. Since a year wasn’t listed, I searched Ancestry.com’s collection of vital records using only their name, and birth day/month. The most promising result I found was this World War I draft registration card for Sheldon H. Goodman who was born on 2 February 1897. This is interesting because his father is Herbert Goodman, whose name also appears in the cookbook. Furthermore, he was living in California, and we know that Lloyd Landeker’s father was born in California.

I then tried to find a record of Sheldon and Herbert in the Federal Census, and I found this record from the 1920 census, which shows that Herbert’s wife was Fannie! The 1900 census entry for this family confirms that this is the same Fannie who owned this cookbook because the birth months and names of the family members all match what is written on the page. This California Death Index entry shows Fannie was born on 1 November 1875 and her maiden name was “Landasker”. More searching revealed her mother was the Alice Landeker listed on the page and her siblings were the three names listed below (Harriet, Mark, and Pauline). So we now have years and birthplaces to complement many of the names written on the page.

From just a little bit of searching, we now have a glimpse into the life of the book’s owner, Fannie (Landeker) Goodman. The book was probably was a gift to her on her 22nd birthday. She was a young mother with a 9-month-old son, living away from her mother and siblings in the Arizona Territory. You can almost imagine her making one of the dishes for her husband Herbert after he came home from working at his pharmacy.

Stumbling across finds like this remind me that there is still so much genealogical information out there to be found. With increasing efforts to digitize and publish public domain works on-line, a lot more buried genealogical information is now coming to light. But this is something that would never be picked up on the well-known sites like Ancestry.com and FamilySearch. In this instance, I sent a message to someone who had a few of these family members linked on their Ancestry.com family tree and shared this information, but there could still be larger efforts to make the data in these documents more accessible. If anything, it’s a reminder to keep working on those brick walls because you never know what unlikely source of information you can find.